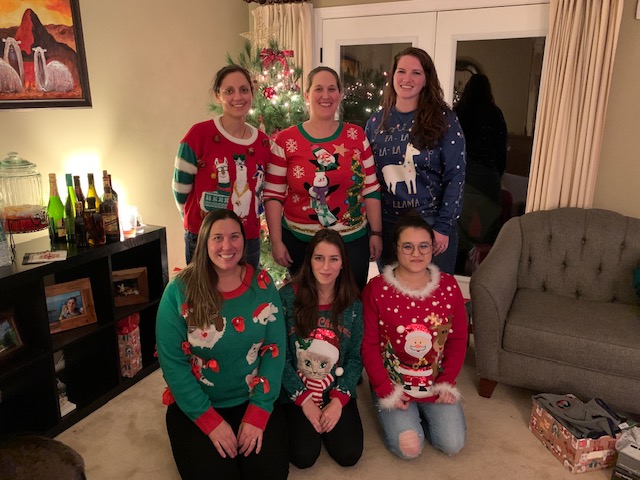 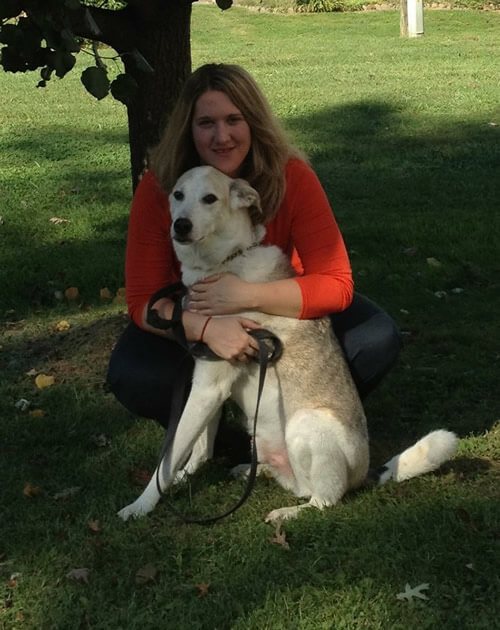 At 8 years old, Dr. Gosline was already taking in and caring for stray neighborhood cats. It was obvious at this young age, that she was meant to be a veterinarian. Dr. Gosline received her Bachelor of Science in Psychology from James Madison University. Her passion for animals drew her to the veterinary field, and so she continued her schooling to become a Licensed Veterinary Technician. While working as a technician, her love of the field grew and motivated her to become a veterinarian. She earned her Doctorate in Veterinary Medicine from Virginia Tech in 2010. While studying there, she was recognized by her professors for her exemplary skill with animals when she received The Sherrie Clark Compassion and Caring Award.

After veterinary school, Dr. Gosline entered private practice, but her learning didn’t stop there. She continued to expand her skill set into integrative medicine by becoming certified in acupuncture and learning Veterinary Orthopedic Manipulation (VOM). The benefits of these therapies to her patients compels her to continue learning and integrating eastern and western medicine.

Dr. Gosline rescued a German Shepherd mix named Reese (AKA “Reese Cup”) and an orange tabby named Mr. Jones. She loves to travel and go hiking in her spare time and you may see some of her baked goods around the clinic from time to time. 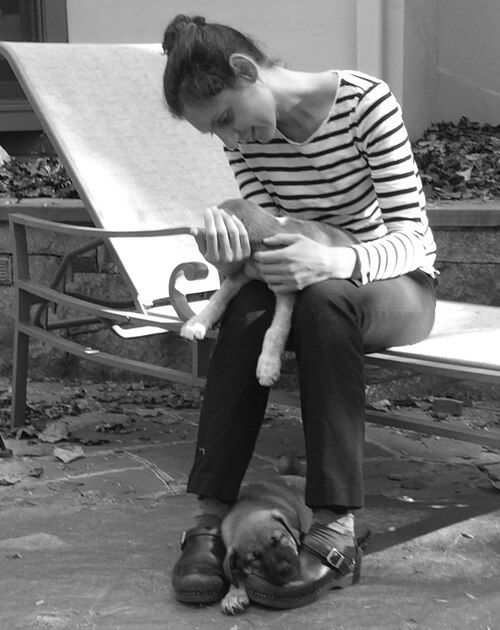 Dr. Ranivand’s bond with animals began as early as she can remember. Any chance that she got, she spent outside or at the barn riding horses and taking care of the animals. Dr. Ranivand learned the profound value in the human-animal bond through horseback riding, and later as a Barn Manager and Riding Instructor. She will never forget the special bond she shared with a horse named Max, whom she competed with throughout her high school and college years. Dr. Ranivand earned her Bachelor of Science degree in Biology and knew she wanted to continue working with animals.

Dr. Ranivand entered the veterinary field as a technician in a private practice in 2005. Her interest in the human-animal connection, combined with a curiosity about health and medicine, inspired her to earn a Masters of Public Health degree from Drexel University. While studying there, Dr. Ranivand worked with the University of Pennsylvania School of Veterinary Medicine on the 9-11 Search and Rescue Dog Project and her own Masters’ thesis, A Comparative Study of Human and Feline Asthma Trends in the Philadelphia Region. Her thesis project earned her the Exemplary Community-Based Masters Project Award. Her bond with animals and her experiences at Drexel inspired Dr. Ranivand to continue on to veterinary school at Virginia Tech.

After veterinary school, Dr. Ranivand entered private practice. She continues to be inspired by her patients and by the internal and external factors that affect their health. This has led to an interest in integrative medicine, as she has expanded her skill set to include Veterinary Orthopedic Manipulation (VOM), ultrasound and laser therapy.

Dr. Ranivand has a brown tabby, named Roo, and loves to travel and practice photography. She also works with World Vets Organization to provide international veterinary services to communities in need. 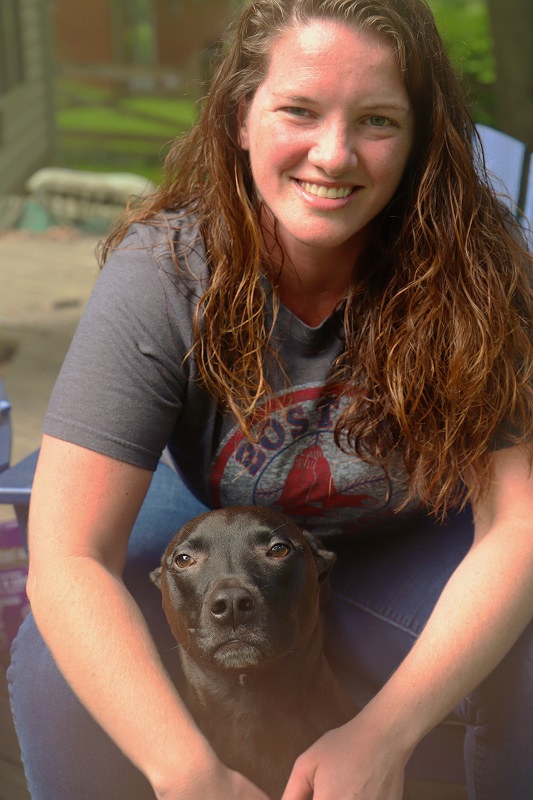 Eva’s love of animals developed as a child. For as long as she can remember, there was always a dog or cat that she was asking to pet or begging her parents to adopt. Her love of medicine developed as a result of entering the veterinary field as a receptionist in 2004. In this role, she learned the importance of valuing pet parents as much as you value their pets. After some time as a receptionist, she transitioned to the role of veterinary assistant. She remembers her excitement during this time and her love for animals continued to grow as did her handling skills. Her curiosity and thirst for medical knowledge increased as well. That curiosity and thirst led her to veterinary technician school which she graduated from in 2009.

After two years as a technician, she wanted to give back to the profession that she loved so much. She went to work for a non-profit shelter as their anesthetic technician and shelter population medical coordinator along with their shelter veterinarian. The shelter is where her interest in behavior bloomed and was nurtured. She learned a lot about how to recognize behaviors, how to manage those behaviors, and also how the environment can impact the behavior of an animal, for better or for worse. Her position at the shelter was very fulfilling for Eva and one that she loved. After two years with the shelter, she realized she missed the day to day connection with an animal, the privilege of watching them grow through life, and the connection with their pet parent.

So, she returned to private practice and continued to learn more and more about veterinary medicine and behavior and became a lead technician. In that role, she developed an assistant training program focusing on practical skills, reading dog behavior, and low-stress handling. One of her favorite things is seeing a dog who is nervous at the vet blossom into a happy pup just because we have taken the time to learn what makes him nervous and how to handle him to mitigate those nerves. The final transition Eva has made is to the post of the practice manager. She is very excited to be working with like-minded people in a hospital whose focus is on low stress handling for both cats and dogs and also practices the highest quality of medicine. Say hi to her the next time you’re at the hospital, and forgive her if she greets your pet before saying hi to you! She can’t help her love for your pet! 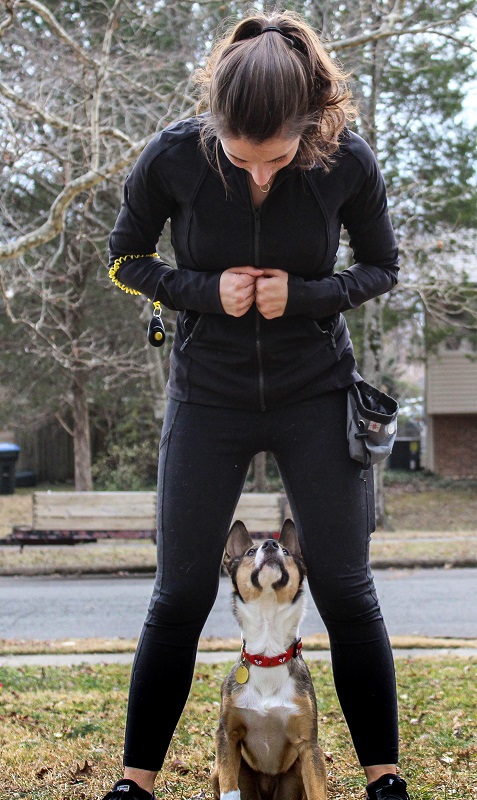 Ellen has loved animals of all kinds for as long as she can remember, but her obsession with canine behavior blossomed as a teen when her family almost adopted a pit bull from the local shelter. Her name was Pearl, and Ellen was certain that she was meant to have this dog. Her deep and soulful eyes told of how ready she was to love a new family, and Ellen wanted to give her a family to love.

Ultimately, they did not adopt Pearl because she was a powerhouse on the leash, and the family could not safely walk her. This experience sparked her interest in canine training and behavior. Over the years, Ellen tried out different passions- psychology, social work, teaching; but nothing made her heart sing quite the way being with animals did. In 2016, Ellen began working as a vet assistant, thrilled to finally have a path in life that had her working with animals. Her job was very fulfilling- being able to ease the stress and pain of animals who came into the clinic and watch the bond between animals and their people. Ellen also realized her true passion included behavior. She wanted to find a way to help dogs like Pearl assimilate into family life easier.

In January of 2018, Ellen left for school in Texas to pursue a certification as a canine trainer, specializing in behavior modification. There, she adopted her project dog Reagan, a severe behavior modification case. She brought her home to Virginia, resumed her much loved position as an assistant, and opened her own business, Positively Balanced Canines. She specializes in working with fear aggression, whether during an appointment as an assistant or rehabilitating a dog through private sessions. Her knowledge of behavior enriches her profession as an assistant, making her fluent in low-stress handling techniques for dogs and cats. On her time off, you can find her working with her own dog, reading a book, or finding a new trail through the woods to hike. 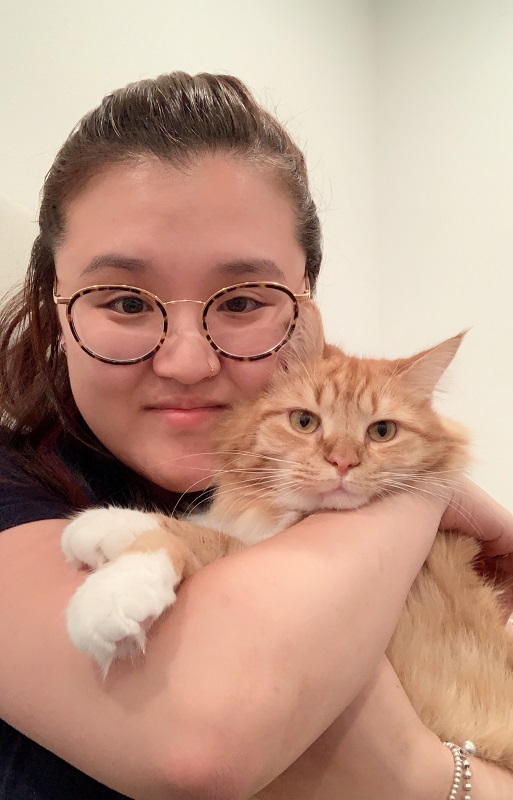 For as long as she can remember, Joyce always had a love for animals. She was the only one in her family who would approach any type of animal with no hesitance. Her favorite show from childhood, and still is one of her favorites, was called “Animal Farm” which aired in South Korea. With her love for animals, in 2010, she started working at a doggy daycare. She had a great time interacting with pets on a daily bases and her interest in the field grew.

Joyce went to work for private practice in 2012 where she started working as a receptionist and vet assistant and quickly became an integral part of their team. She was heavily relied upon for her great technical and animal handling skills. While working there, she realized that she wanted to help educate people about the importance and benefits of proactive veterinary care. So, she decided that her new dream job is to become a veterinarian!

She is currently working on her psychology degree at George Mason University and her goal is to pursue a degree in veterinary medicine. In her free time, Joyce enjoys watching movies, cooking (although she does enjoy the part that comes after cooking more.. eating!) and spending time with her husband and their cat FurRawri. Joyce also enjoys taking pictures of our patients and is the resident photographer. Be on the lookout for her photos around the hospital! 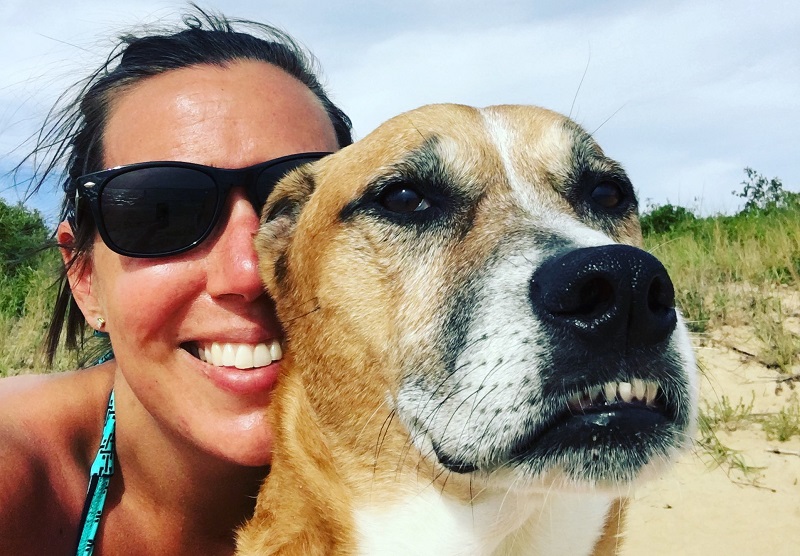 Cassi fell into the world of veterinary medicine in 2005 when she was an Assistant Dive Safety Officer at a North Carolina aquarium. She worked closely with the husbandry team and the NC State Veterinary Students when they came to learn and treat animals at the aquarium. During this time she assisted the husbandry team in the collection and care of exhibit animals such as sharks, fish, and invertebrates. She also helped rehabilitate sea turtles. In addition to her position at the aquarium, she spent her weekends working at a veterinary clinic to help with the animals that were boarding. She transitioned to an assistant position in private practice soon after that. Shortly after moving back to Virginia in 2009, Cassi assumed a position as a veterinary assistant and became active in a local rescue group. She has fostered over 30 animals focusing on dogs with special needs and behavior issues. She and her family have a mutt named Rex and pit bull named Sadie, both of whom she rescued. Sadie’s chronic orthopedic and pain issues led Cassi to explore alternative and integrative medicine therapies. This inspired her passion for integrative medicine and rehabilitation work and led her to animal massage. Cassi is training to become a nationally board-certified animal massage practitioner